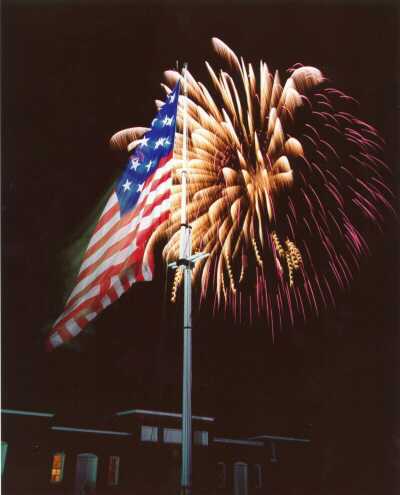 …a word used to describe a banner, pennant or ensign, or a cloth with colors or patterns, used as a symbol of a nation…

…is an honored symbol of a nation’s unity, achievements, glory and high resolve.

The Flag of the United States of America is such a symbol…of freedoms bravely fought for and won...of protection, under the constitution, of the rights and privileges of all Americans...of promises of fulfillment of all their hopes and principles and ideals.

It is also a symbol; of the duty of all its citizens to serve in time of need, to speak out for what each considers right, and to help correct under the law what is honestly believed to be wrong.

Throughout the ages, Americans have developed character, courage and strength by devotion to the symbols we believe in.

That in essence, is what makes us the patriotic Americans, we are today.

THE  FLAG OF OUR COUNTRY

I am Old Glory